Professional Canvas Art & Painting for hire at your fingertips in Nashville.

1. Browse through our selection of independent "Canvas Art & Painting" near you.   2. Send a message to an artist with your project brief.

4. Manage and pay for your project via our secure platform.

5. Show off your original piece of art. 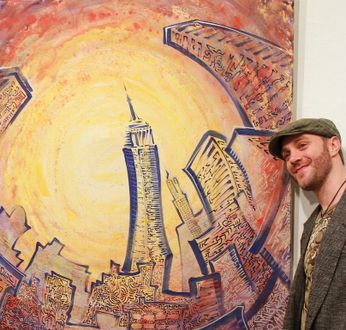 I can replicate designs if it suits my style

Pick me for these projects:

Music related jobs that embrace my style really excite me. ... ...
Hello! I am a visual and musical artist specializing in urban landscapes/skylines, stick-figure characters, and music related imagery. This takes place mostly with painting commissions on canvas and murals. Visual art and music has brought me to travel the world while exhibiting art and playing drums and percussion. Music has always been a big influence on my painting and vice-versa. I grew up in Denver, CO., drawing, drumming, and skateboarding and painting graffiti. In 2002, I earned my Bachelor’s Degree of Fine Arts in Communication Design from PRATT Institute in Brooklyn, NY. After being based in NYC for about twenty years, my family and I recently relocated to Nashville, TN., where my wife and I have recorded our debut album and my mural work is becoming known around the area. Pulling from different influences both musically and visually, my work is rooted in experiences of different cultures and art forms coming together, often joining the traditional with the modern. With a background in Graphic Design and Illustration, I would often blend the two, blurring the lines between commercial and fine art. Pulling from inspiration in nature, the city, hip hop and jazz cultures, impressionism, graffiti, fish-eye photography, African sculpture, and both eastern &amp; western calligraphy, my visual style joins bright, expressive colors and bold brush strokes usually in a distorted perspective, often adorned with my signature-style stick figure characters. I've illustrated articles and books, painted murals, exhibited paintings, toured in the US and abroad, playing and recording with different music groups, many of whom he helped form. Playing music and designing album art has always gone hand in hand. My mother Lyn Benson (1946—2015) and I collaborated on the award-winning Christmas book, “Who Were the Magi?”, that she wrote and I illustrated. My clients include the UN, the NBA, Oneworld Magazine, Blacksmith Management, Fluent HQ, and many interior designers in NY and Nashville.
View my profile 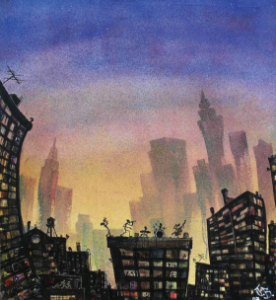 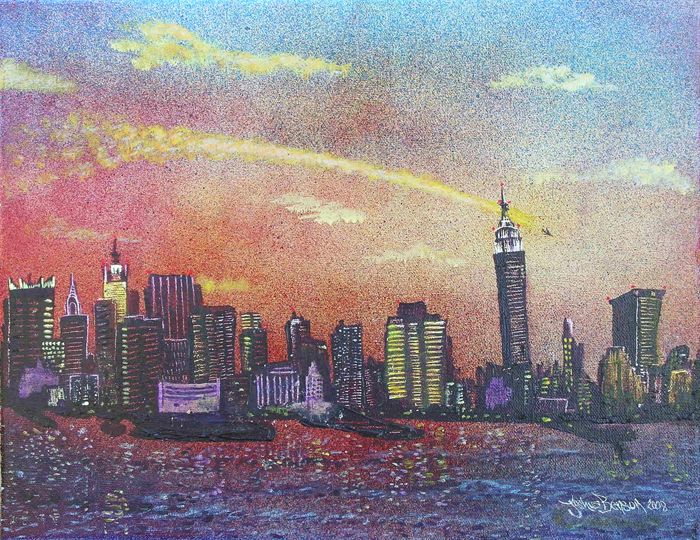 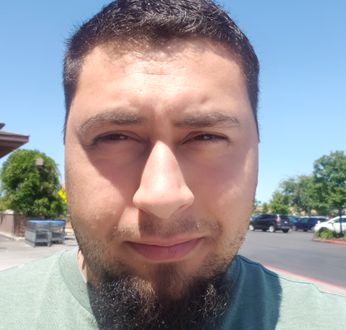 I can replicate designs if it suits my style

Pick me for these projects:

All jobs are exciting. ... ...
I love to paint anything involving nature. Animals and plants. Landscapes and custom collages.
View my profile 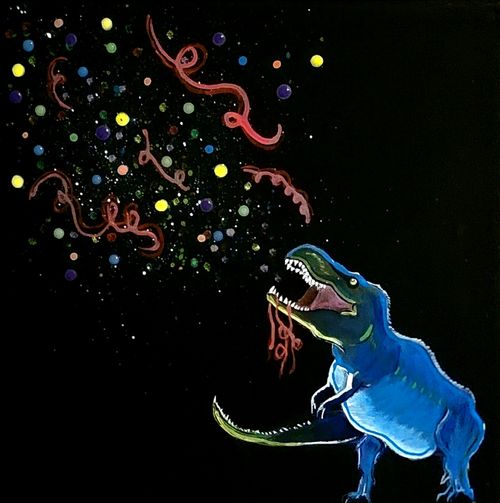 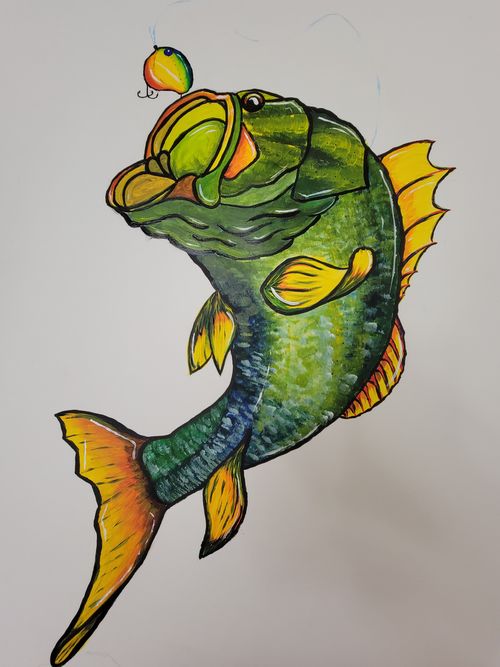 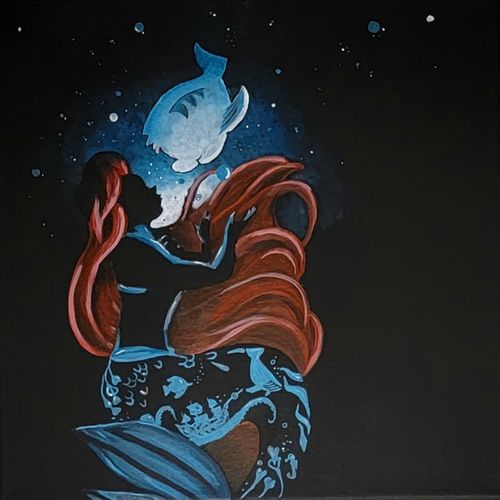 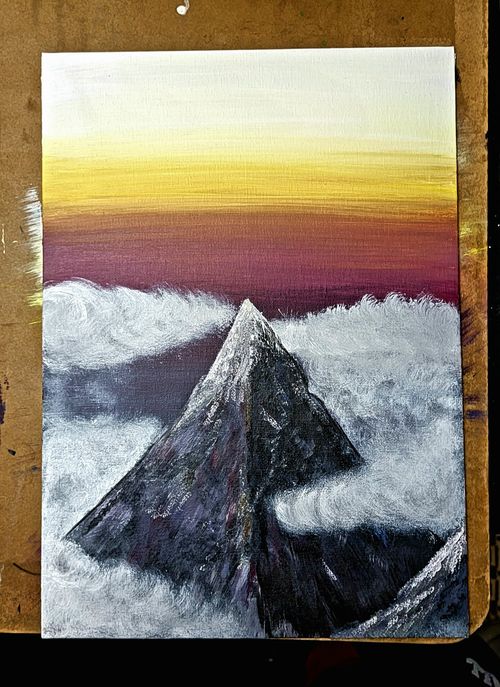 RELATED SERVICES NEAR ME

A great experience from start to finish! Shannon did a super job of taking our vague initial theme and ideas and developing it into a really fun and personalised concept. The work itself was completed quickly, on-time and without mess or fuss - and the completed mural looks great! Very highly recommended.

Ola was incredible from start to finish. Her designs were totally on brief. She was very happy to come to me to do the work and worked diligently and very hard. The work is exquisite and perfect for what I needed. Thank you so much Ola

Neha was a professional throughout the process. She provide her deliverables on time. She was willing to working within the constraints of the location (she had to work behind hoardings due to mall regulations!!). The final artwork was appreciated by everyone who came across it.

I would tell anybody who is looking for a professional, friendly, and extremely talented sign writer to contact Erno. Thanks to his years of experience the journey from concept to execution was simple and worry-free. Communication was excellent and the results are amazing. Well done!

There are plenty of online options to source custom paintings and prints,   but Book An Artist offers pre-vetted,   top rated painters in Nashville. The process of purchasing canvas prints Nashville is simple and easy through the website's marketplace. Whether you're searching for canvas art or canvas prints there is a local artist available to help!

Buying canvas art,   custom canvases and painting prints in Nashville is easy at Book An Artist! Once you've selected 1 - 3 canvas painting artists in Nashville you can send them a message. No one likes their time wasted so it is important you provide as much information as possible. Sizing,   budget,   design elements,   deadlines,   etc. The more your chosen artist knows,   the easier it is to get the job done and the quote finalised. Alternatively,   use our 'Post a Job' feature to offer your project to interested painters in Nashville. Provide the same in-depth information and wait for the right artist to come to you. The deposit initiates the design process!

Custom painting jobs in Nashville can be found through social media,   but it can be time consuming and uncertain. Book An Artist provides an easy,   safe and practical way to get commissions. There are many Nashville painting jobs,   Nashville canvas painting jobs or Nashville canvas printing jobs accessible to artists who have filtered for them on their personalised profiles. Nashville artists are able to apply for any of these jobs. The client will hire an artist based on their requirements and budget. Painting jobs come in all shapes and sizes,   regardless,   your work begins before you even begin designing. We're here to help you navigate the tricky waters of business management whilst simultaneously providing you with new and exciting painting job opportunities in Nashville. Should something go wrong with a commission,   we're here to help you!

This browser is not compatible. We recommend you to use any other supported browsers (Google chrome, Mozilla firefox, etc) for better user experience.